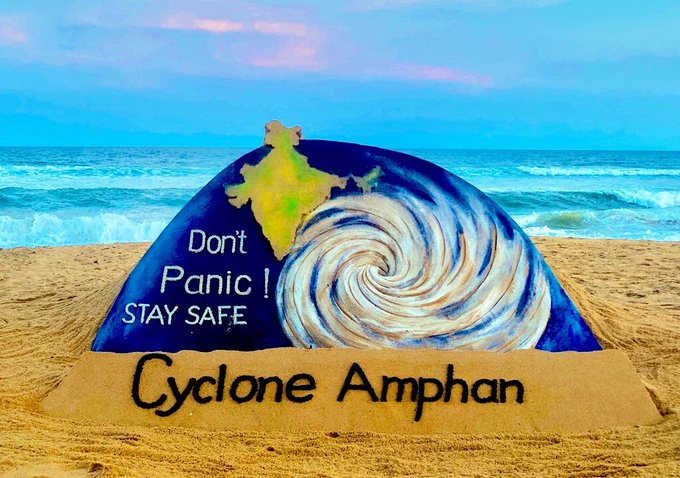 PM Modi on May 18 chaired a meeting to reviewed the response preparedness against cyclone “Amphan” developing in the Bay of Bengal, and assured all possible Central assistance to the states which are likely to be hit. At the review meet, he took stock of the situation and the evacuation plan presented by the NDRF.

During the presentation of the response plan, DG NDRF, SN Pradhan, stated that 25 NDRF teams have been deployed on the ground while 12 others are ready in reserve. 24 other NDRF teams are also on standby in different parts of the country.

As per the Prime Minister’s Office, he took stock of the situation and reviewed the measures as well as the evacuation plan presented by the National Disaster Response Force (NDRF).

Soon after the meeting, the PM attributed on Twitter that he prays for everyone’s safety “and assure all possible support from the central government.”

Cyclone ”Amphan” intensified into a super cyclonic storm on May 18 and is likely to move across the northeast Bay of Bengal, and cross the West Bengal and Bangladesh coasts between Digha and the Hatia island on May 20, the IMD asserted.

Author: Trilok Singh is With CEO of Youth Darpan Media.