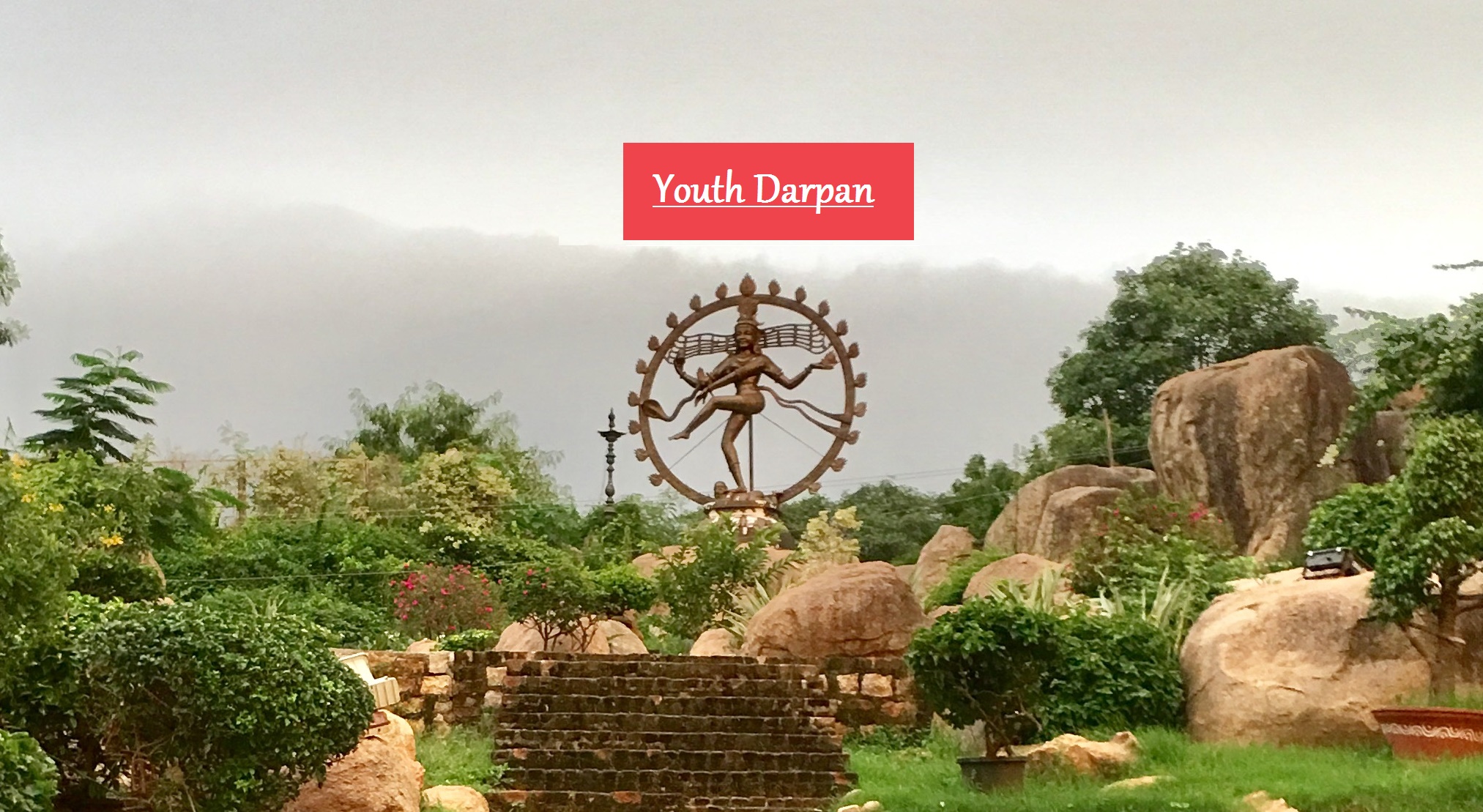 Consumerism culture which is born by the capitalism/capital economy has made production as an universal value because the foundation of capital is based on the massive use of nature. If we find the solution area of environmental problem in Indian Philosophy and Culture we will able to aware the people towards environmental values.

‘We can not buy love and water’. This proverb is going to destructed from our dictionary. When we used to read in classical book that, “रहिमन पानी रखिये बिन पानी सब सून” this proverb is very much important if we think about the relevancy of water, but in the present environmental crisis, if we could define the meaning of ‘water’, we could understand the relevancy of given proverbs.

Download in PDF, Global Environmental Crisis- Solution in Indian Philosophy and Culture translated in English by TRILOK SINGH and In Hindi by Pushkar’s (IRS)

In the culture of India we have a very important role of tree worship. The ‘Peepal tree’ is the worshiped as a symbol of married women (Suhagan). In eating material ‘tulshi’ is considered holy which is a panacea for all diseases. We make a relation of ‘Vilva Tree’ to god Sankar. In the Indus Valley Civilization we used to see ‘stump’ decorated with animal pictures and trees. Kings were very much passionate to grow the trees and digging the well.

Since thousand of years India is worshiping the forest, river, air, sea etc. We have to keep in mind the thing worship we should not misuse it. As per National Forest Policy 33 percent of land should be covered with the forest. In ancient period 1/3 of total land was reserved for the forest. Having 1/3 of forest is very much important for the maintaining the environmental balance on earth. It is written in ‘Upanishads’ that; “हे अश्वरूप धारी परमात्मा! बालू तुम्हारे उदरस्थ अर्धजीर्ण भोजन है , नदियां तुम्हारी नाडि़यां हैं , पर्वत-पहाड़ तुम्हारे हृदयखंड हैं , समग्र वनस्पतियां, वृक्ष एवं औषधियां तुम्हारे रोम सदृश हैं”।

It was the cultural education of India which is presented front of the society in different manner. We have to understand the relevancy of water by this fact is that, the old civilization is first existed aside the Indus river. We should be proud on our culture and we should follow that. This is a normal question that why people considered environment in not a serious manner.

It is often said that action change according to the thinking. Today we are facing many environmental changes due to changing view of people. According to the many environmentalist if the present environmental conditions doesn’t change the temperature of earth may increased 4°C and because of this temperature many countries is going to be under water. Many Coastal States like ‘Andaman and Nicobar Islands’ and Lakshadweep Island is going to very hard to leave because of hot weather.

There was a time when people had a very good relation with the environment and man used to see environment as a living things. But because of capital economy the environment is in danger. It is obvious that, Consumerism Culture will target the nature. Because the foundation of capitalism is based on the misuse of natural resources. We know very well that, we have a very big issue of ozone layer or ozone shield which is getting defective day by day due to pollution on earth, we have many way to save ozone layer but we have to work in a collaboration of the entire universe.

If we want to find the solution of environmental problem we have to look at Indian Philosophy and culture where nature used to considered as a living unit. We will have to look at the philosophy of Mahatma Gandhi, Mahatma Buddha and the philosophy of Jain. Mahatma Gandhi used to talk about ‘Simple living and high thinking’ and he had a view to minimize the consumerism culture.. We know very well consumerism culture is extremely dangerous for nature and it created many other problems.

Mahatma Gandhi said, “Earth provides enough to satisfy every man’s needs, but not every man’s greed”. The way Gandhi ji mentioned of Industrialization was handicraft Industry and rural Industries and these two industries were appreciated by Dr. Ram Manohar Lohia as well. Gandhi Ji also mentioned if we promote handicraft industries people will not leave their home town and we may finish the pollution which is created by heavy machines and we will able to promote sustainable development.

For protecting the earth we should have Intolerance to unjustice and unscientific view. We have Science to protect Indian Philosophy, Culture and living traditions. We have to elaborate the science to the universe. Until we don’t accept the Indian Living Culture of India we will not have solutions of global warming, therefore we will have to think again about the traditions and culture of India: World have two major problems one is terrorism and second is changing nature of environment. Terrorism is attack of man on man but environmental change is attack of man on the nature. The artificial development is very much dangerous for environment.

Irony is that, we are finding the artificial solutions of environmental problems. It is known that, in India environmental problem is completely scientific. We have to left the greediness and we will have to take oath to protect the environment then we will able to find the solution of Global Warming. Vedic Rishi Pray that earth, water and generic medicines are very useful for having peaceful life. These may be source of peaceful only when we protect these resources.. Today the relevancy of environment is has become very important and we will have to take help of scientific arguments to cycle or face the problem of Global warming and Environmental Changes.