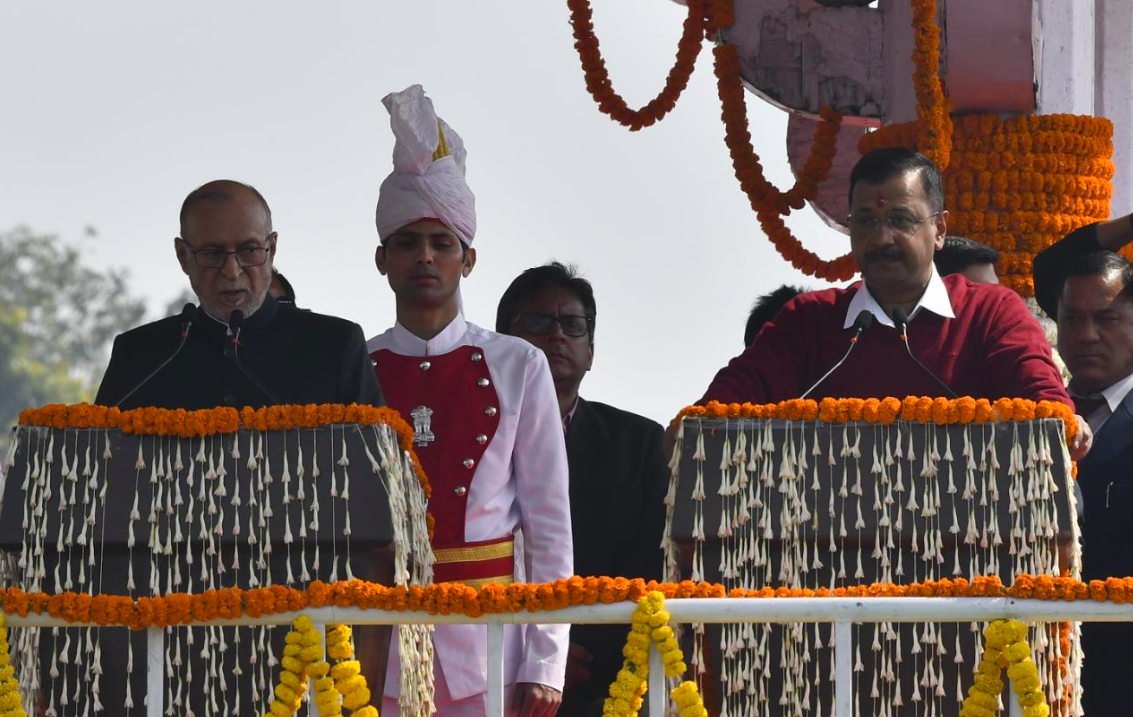 Aam Aadmi Party (AAP) chief Mr Arvind Kejriwal on Feb 16 took oath as Delhi Chief Minister for the third time at the Ramlila Maidan. He sworn into office by Lieutenant Governor Anil Baijal in presence of a huge gathering.

In a series of tweets, Mr Kejriwal asked the people of Delhi to bless their son. “Taking oath today for the third time as the Delhi CM. Please come to Ramlila Maidan to bless your son,”.

Notably, The AAP got a massive mandate in the Delhi Assembly election as it was elected in 62 of the 70 Assembly constituencies. The BJP could only manage to get eight seats. And the Congress again drew a blank.

Significantly, Aam Aadmi Party wants to work in coordination with the ‘Union’ and also sought PM Narendra Modi’s blessings for smooth governance of the national capital. The CM stated that, as the elections are over, the politics is also over and he has “forgiven” his opponents for the remarks they made during the poll campaign.

Despite this, “Everyone says Kejriwal is making everything free. But the best things in the world are free, like a mother’s love… Kejriwal loves the people of Delhi. This love is also free. Should I start collecting fees from students? From patients for their medical bills and medicines? Would be shame if I did that,” Mr Kejriwal asserted.