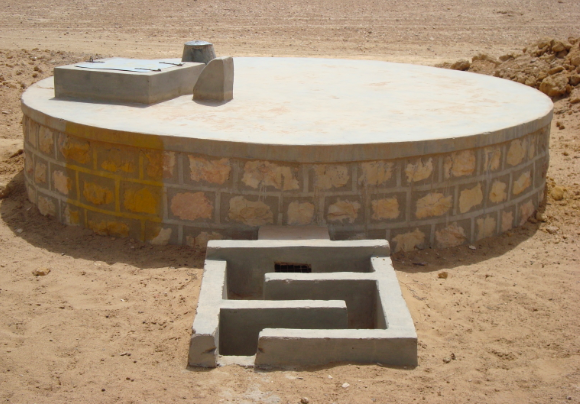 As per the country facing water crisis, today Water conservation becomes a key element of any strategy that aims to alleviate the water scarcity-crisis in India. With the same light, The Union as well as the State government has started looking at means to revive the ‘traditional systems of water conservation’- harvesting in the country. Such methods are eco-friendly for the most part, they are not just highly effective for the people who rely on them but they are also good for the environment at large.

One of the finding shows that Indus valley had a good water conservation system and drainage in its area, it was well mentioned in the Chanakya’s Arthashastra. Near Allahabad (Now Prayagraj) had a water harvesting system that used to store the flood water of river Ganga. Chola king ‘Karikalan’ also built a system for irrigation, at the same time ‘King Bhoja’ built an artificial ‘Lake’ in India, for another instance. The settlement of Dholavira, laid out on a slope between two storm water channels, is a great example of water engineering..

The Archaeological facts shows that the practice of water conservation is deep rooted in the science of ancient India. There are many literature shows in the history that floods and drought were very common. This is the reason for every state has an unique water saving-conserving system that reflects the diversity of the state. The basic assumption is that we should have an management to save the rain water. Most important is that historical department have evidence of practicing of water conservation in the ancient period of India.

This mission has aim to focus on integrated demand of infrastructure for resource management like rainwater harvesting, ground water and management of household waste water for re-use in Agriculture. Under the same, The National Drinking Rural Mission has been allocated Rs 7750.36 Cr in 2019-20 Budget as compared to Rs 5391.32 Cr in 2018-19. The department of water resources and Ganga has been allocated Rs 8,245.25 Cr compared to Rs 7263.25 Cr in 2018-19.

Ensuring India’s water security & providing access to safe drinking water to all Indians is a priority. A major step in this direction has been the constitution of Jal Shakti Ministry, which is executing the government’s mission to provide clean and piped drinking water to every household in the country.

Here is the key components:

It will focus on integrated demand and supply side management of water at the local level, including creation of local infrastructure for source sustainability like rainwater harvesting, groundwater recharge and management of household wastewater for reuse in agriculture.

The ‘JSA’ launched on July 1st, Providing access to safe and adequate drinking water to all Indians is a top priority of the Government Jal Jeevan Mission to ensure Har Ghar Jal (Piped water supply) to all rural households by 2024, New Ministry – “Jal Shakti Mantralaya” to manage water resources and water supply in an integrated and holistic manner with the State Governments, and for this the government has identified 1,592 blocks in 256 districts across India which are water critical.

Significantly, With over 1000 Central Government officials joining State for Focused interventions towards India’s water security. Beside using funds available under various schemes, the government will also explore the possibility of using additional funds available under the compensatory afforestation fund management and planning authority for the purpose of ensuring better water conservation across rural India.

Other measures such as zero budget farming, solid waste management and aid to self-help groups will benefit the rural sector. Behavioural changes need to follow and it takes time for the wheel to turn. Water supply is an altogether different ballgame. In particular, the government’s plan to build a supportive ecosystem for manufacturing green energy technologies as well as initiatives for clean water, is a step taken in the right direction to create and build a clean and green nation.

According to a monitoring report by the Central Ground Water Board (CGWB), Northern India has registered a critical fall in groundwater levels ranging between 75 and 85%. In this regard, Jal Shakti Ministry furnished the CGWB data to Parliament in response to a query from Haryana Bharatiya Janata Party (BJP).

The Board usually carries out groundwater monitoring four times in a year in different states.“In order to assess the declining/rising trend in water level on a long-term basis, pre-monsoon water level data 2018 has been compared with the decadal average (2008-17) water level. Analysis of data indicates decline in ground water level in about 52% of the wells being monitored,” remarked the Parliament statement.

Punjab, a leading agrarian state, suffered the highest 84% decline in groundwater levels in the 216 wells monitored followed by UP which recorded 83% dip in 563 wells. Jammu and Kashmir came third place (81% fall in 244 wells). The groundwater crisis is also acute in the national capital and neighbouring states.

“Ground water levels in various parts of the country are declining because of continuous withdrawal due to reasons such as increased demand of fresh water for various uses, vagaries of rainfall, increased population, industrialization and urbanization,” remarked the Jal Shakti Ministry. The Ministry also cited the example of states which have done well in water management.

It will monitor the quality and availability of groundwater and put a check on indiscriminate exploitation of the same.. In GWCB, Hand pumps to have a model to prevent indiscriminate exploitation of groundwater including to raise awareness among community-people to practice “rainwater harvesting and water recharging”.. Hence, The other state also need to apply the same to get rid about the menace of water.

However, Water level has dropped by 10-12 feet in most parts of the region (Bihar). For instance, Magadh region of ‘South Bihar’ comprising of Gaya, Aurangabad, Arwal, Nawada and Jehanabad has been facing water crisis since long but the alarming condition of water unavailability in North Bihar districts such as Muzaffarpur, Samastipur, Darbhanga, Madhubani has put the state government in a fix..

The government water conservation strategies fall under levels of categories like rainwater harvesting, renovation of traditional water bodies and tanks, reuse of water and recharge structures, watershed development and intensive afforestation. And such activities would be carried out under the Mahatma Gandhi National Rural Employment Guarantee Scheme. Also, The government will mobilize farmers through Krishi Vigyan Kendras and to shift to efficient irrigation practices.

Meanwhile, Prime Minister Narendra Modi urged the people to conserve every drop of water and to make it a mass movement akin to the ‘Swachh Bharat Mission’ (SBM). “There is no one way to conserve water. In different parts, different methods are adopted but the goal is to conserve every drop of water across the country,”. The Prime Minister sought ideas from the people about water conservation, he remarked in his monthly radio bulletin Mann ki Baat on June 30.

He request the countrymen to share traditional methods that have been in use over the centuries in our country for the Conservation of Water. He appealed to everyone, including eminent people, to create awareness on water conservation. Thus, For every drop of water you waste, you must know that somewhere on earth someone is desperately looking for a drop of water.

Many ecologically safe traditional systems are viable and cost-effective alternatives to rejuvenate India’s depleted water resources. Productively combining these structures with modern rainwater-saving techniques, such as percolation tanks, injection wells and subsurface barriers, could be the answer to India’s perennial water woes.

River: In Rajasthan, rivers are village ponds that store rainwater collected from adjoining natural catchment areas. The location of a river has a strong bearing on its storage capacity and hence the site of a river is chosen after careful deliberation of its catchment and runoff characteristics. Since rivers received their water supply from erratic, torrential rainfall, large amounts of sandy sediments were regularly deposited in them, resulting in quick siltation.

Tank: The Eri (tank) system of Tamil Nadu is one of the oldest water management systems in India. Still widely used in the state, eris act as flood-control systems, prevent soil erosion and wastage of runoff during periods of heavy rainfall, and also recharge the groundwater. Eris can either be a system eri, which is fed by channels that divert river water.

Bamboo Drip Irrigation: It is an ingenious system of efficient water management that has been practised for over two centuries in northeast India. Significantly, The tribal farmers of the region have developed a system for irrigation in which water from perennial springs is diverted to the terrace fields using varying sizes and shapes of bamboo pipes. Best suited for crops requiring less water, the system ensures that small drops of water are delivered directly to the roots of the plants. This ancient system is used by the farmers of Khasi and Jaintia hills to drip-irrigate their black pepper cultivation, the research says.

Ramtek Model: As per the findings, The model has been named after the ‘Water Harvesting Structures’ in the town of Ramtek in Maharashtra. An intricate network of groundwater and surface water bodies, this system was constructed and maintained mostly by the malguzars (landowners) of the region. Under this system, tanks connected by underground and surface canals form a chain that extends from the foothills to the plains. Once tanks located in the hills are filled to capacity, the water flows down to fill successive tanks, generally ending in a small waterhole. This system conserves about 60 to 70 % of the total runoff in the region.

Tanka: It is a traditional rainwater harvesting technique indigenous to the Thar desert region of Rajasthan. It is a cylindrical paved underground pit into which rainwater from rooftops, courtyards or artificially prepared catchments flows. Once completely filled, the water stored in a tanka can last throughout the dry season and is sufficient for a family of 5-6 members. An important element of water security in these arid regions, it can save families from the everyday drudgery of fetching water from distant sources.

Johads: One of the oldest systems used to conserve and recharge ground water, are small earthen check dams that capture and store rainwater. Constructed in an area with naturally high elevation on three sides, a storage pit is made by excavating the area, and excavated soil is used to create a wall on the fourth side.

Kund: This is a saucer-shaped catchment area that gently slope towards the central circular underground well. Its main purpose is to harvest rainwater for drinking. Kunds dot the sandier tracts of western Rajasthan and Gujarat. Traditionally, these well-pits were covered in disinfectant lime and ash, though many modern kunds have been constructed simply with cement. Raja Sur Singh is said to have built the earliest known kunds in the village of Vadi Ka Melan in the year 1607 AD..

The above related alternatives are still relevant to conserve the water resources across the country. So the Government have to Introduce a ‘New Water Management Policy’ under the Jal Shakti Ministry, including large number of awareness programme to cycle the water crisis – need to strengthen traditional way of approach to save water across the Country. Also, “Self-Help Groups have been most effective in implementing various traditional water conservation interventions & carrying out afforestation activities in the northern part of the country”.

Consequently, The need is to start a ‘Mass Movement’ so that we can conserve water for upcoming-future generations. At present, the government are only being able to save 8% of the rainwater; this percentage needs to go up. May the situation could get worse in the next few years, as India remains highly vulnerable to a water crisis, especially in the context of ‘climate risks’. While India’s per capita water availability has fallen from 1,816 cubic metres in 2001 to 1,545 cubic metres in 2011. It is projected to decrease further to 1,345 cubic metres per capita per year by 2025 in a business as usual scenario.

Lockdown 2.0: Lockdown in India extended till May 3, PM Modi