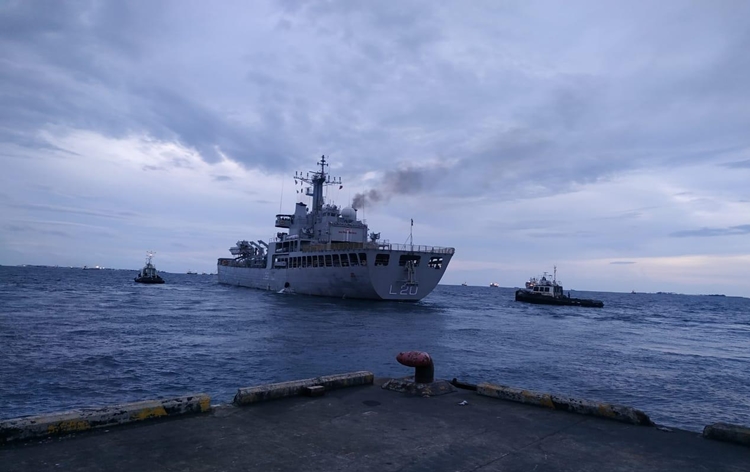 As part of Samudra setu program under Vande bharat mission, second ship of Indian Navy left from Maldives on Sunday evening for Kochi. INS Magar is carrying around 202 Indian nationals and is expected to reach Kochi by Tuesday evening.

The process for evacuation has begun since morning when people were ferried from different parts of Male and other islands to the Male airport where emigration and medical formalities etc. were carried out. The whole exercise was undertaken keeping in mind social distancing norms and other safety guidelines. Maldives government and local volunteers played a key role in the whole exercise to make it a smooth process.

The program named Samudrasetu by Indian navy entails to bring back around two thousand Indians in four ships from Maldives. Both ships INS Jalashwa and  INS Magar are expected to repatriate another group of Indians to Tuticorin next week and preparations for it has also begun.

Preference is being given to medical emergencies, stranded tourists, pregnancy cases and migrant workers suffering job losses for evacuation. Indian High commissioner to Maldives Sunjay Sudhir had termed the exercise as biggest of its kind from the neighbouring country and thanked Maldives government for its assistance.

World Press Freedom Day: Journalism without Fear or Favour as its theme