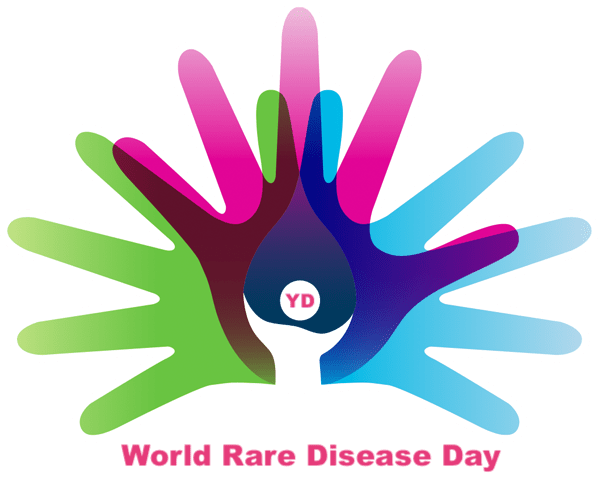 The ‘World Rare Disease Day’ is observed every year on the last day of February, It is also known as “Orphan Disease”. The long-term vision of this day over the next decade is increased equity for people living with a rare disease and their families. On this day we call for action for people living with a rare disease to have equal opportunities to realise their potential for participation in family, work and social life. However, Rare diseases (RDs), an emerging global public health priority, it require an evidence based estimate of the global point prevalence to inform public policy.

According to Indian Society for Clinical Research (ISCR), about 70 million in India and 350 million people around the globe are suffering from rare diseases. Following the official document, “1 in 20 Indians is affected by a RDs”. There are more than 7,000 distinct types of Rare and Genetic diseases and it has impacted more people than Cancer and AIDS combined and most of which are progressive, life-threatening, and chronically debilitating conditions and 80 percent of these rare diseases have a genetic origin.

It also presents a countless number of challenges for patients and their family members, including the time it takes to obtain a correct diagnosis. However, ‘Cancer’ and ‘heart disease’ get plenty of several media attention, the impact and reach of rare diseases vary significantly. One of the rare diseases may affect only a handful of patients, while another disease could affect many. At times, ‘RDs’ are difficult to diagnose because of its nonspecific symptoms and because they’re so unusual.

While there is no universal meaning of RDs, the assumption of RDs in the contemporary political and legislative framework is closely linked to a meaning according to point prevalence, and existing definitions are explicitly or implicitly based on a prevalence threshold. Further, The Council of Ministers of the European Union (EU), has also suggested that between 6 and 8 percent of the European population could be affected by a RDs in the course of their lives.

Although, RDs are numerous, heterogeneous in nature, and geographically disparate. Few are preventable or curable, most are chronic and many result in early death. Meanwhile, Dr. Mayuri.K.S., Consultant Microbiologist and Infection Control Officer, SPARSH Hospital, Bengaluru shared several types of rare diseases such as Acanthamoeba keratitis, Creutzfeldt-Jakob disease, Cysticercosis, Mucormycosis, Naegleriasis, Nocardiosis, Rat-bite fever and Cat-scratch disease in the following:

It is a vision-threatening rare disease which causes parasitic infection and can be seen most often in contact lens wearers. It is found ubiquitously in soil and water and can cause infections of the skin, eyes, and central nervous system. Further, This infection of the cornea is difficult to treat with conventional medications. It may lead to permanent visual impairment and blindness in some cases because of damage to the clear portion of the front of the eye called the cornea or through damage to other structures important to one’s vision.

It is also known as “Classic Creutzfeldt-Jakob disease”, A fatal degenerative brain disorder which is believed to be caused by a protein known as prions. The early symptoms include visual disturbances, memory problems, behavioural changes and also poor coordination. The later symptoms include weakness, involuntary movements, blindness, dementia and coma. About 70 percent of people die within a year of diagnosis as there is no specific treatment for CJD.

Cysticercosis is also a rare infectious disease. It is a tissue infection which is caused by the tapeworm present in the pork. It is known to cause neurocysticercosis which affects the brain and can cause neurological symptoms. Individuals suffering from this rare disease may have few or no symptoms for years, the report attributed. Moreover, It is usually acquired by eating contaminated food. One of the major sources is said to be uncooked vegetables. Drinking water contaminated by tapeworm eggs from human feces is also one of the main reasons to cause the infection.

It is caused by fungi in the order Mucorales. And they are generally the species in the Mucor, Rhizopus, Absidia and Cunninghamella. The disease is often characterized by hyphae growing in and around blood vessels and can be potentially life-threatening in diabetic or severely immune-compromised individuals.

Mucormycosis and zygomycosis are sometimes used interchangeably. It frequently infects the sinuses and the brain. While infection of the oral cavity or brain is the most common form of mucormycosis and it enters the body through a cut in the skin.

The fungus can also infect other body areas such as the gastrointestinal tract, other organ systems and in rare cases, the maxilla may be affected by mucormycosis. Fungal infections are usually prevented by the rich blood vessel supply of maxillofacial areas. Although more virulent fungi responsible for mucormycosis can often overcome this difficulty.

It is also known as “Primary Amoebic Meningoencephalitis” (PAM). This rare disease is an almost invariably fatal infection of the brain by the free-living unicellular eukaryote Naegleria fowleri. Symptoms are meningitis which includes headache, fever, nausea, vomiting, a stiff neck, confusion, hallucinations and seizures. Symptoms progress rapidly over five days and death usually results within one-to-two weeks of symptoms.

Patients with brain Nocardia infection, mortality exceeds 80%, in other forms, mortality is 50%, even with appropriate therapy. It is one of several conditions that have been called “the great imitator” and Cutaneous nocardiosis commonly occurs in immunocompetent hosts.

It is an acute, febrile human illness caused by bacteria transmitted by rodents, in most cases, which is passed from rodent to humans by the rodent”s urine or mucous secretions. Alternative names for this rare disease include streptobacillary fever, streptobacillosis, spirillary fever, bogger, and epidemic arthritic erythema. It is spread by infected rodents and can be caused by two specific types of bacteria.

In some of the cases are patients were diagnosed after they were exposed to the urine or bodily secretions of an infected animal. These secretions can come from the various body parts like mouth, nose or eyes of the rodent and majority of cases are due to the animal’s bite. It is also said to be transmitted through food or water contaminated with rat feces or urine.

Other animals that can be infected with this disease are household pets, weasels, gerbils and squirrels. It is important to quickly wash and cleanse the wound area thoroughly with an antiseptic solution to reduce the risk if a person is bitten by a rodent.

It is caused due to scratching or biting of a cat. Typically include a non-painful bump or blister at the site of injury caused due to scratch or bite. Within 3-14 days following infection and the individual may feel tired, have a fever and headache. Cat scratch disease is caused by the bacterium Bartonella henselae spread by the cat’s saliva. Young cats pose a greater risk than older cats. Diagnosis is generally based on symptoms but confirmed through blood tests.

The primary treatment is supportive. Recovery occurs within four months but can require a year. About 1 in 10,000 people are affected and it is found to be more common in children. These diseases may seem to be rare, but there is a significant figure that highlights just how many people are living with it but that gets a little attention due to their singularity. The challenges they face are common to millions of people across the world.

The 300 million people living with a rare disease around the world and their families face common challenges in their daily lives. As a vulnerable and neglected population they face social isolation. There are over 6000 rare diseases that are chronic, progressive, degenerative, disabling and frequently life threatening. Due to the rarity of each individual disease and scattered populations, expertise and information is scarce. In health systems designed for common diseases patients face inequities in accessing diagnosis, care and treatments.

People living with a rare disease also face discrimination at work and school. In a EURORDIS Rare Barometer survey on ‘Juggling care and daily life: The balancing act of the rare disease community’ 94% of the respondents who reported difficulties in accessing higher education declared that the disease has limited their professional choices.

Advocating for the social inclusion

In order to achieve equitable social inclusion for people living with a rare disease, they must first have access to holistic care covering the 360° spectrum of health, social and everyday needs as argued in a EURORDIS position paper on Achieving Holistic Person-Centred Care to Leave No One Behind. The United Nation (UN) 2030 Agenda and its Sustainable Development Goals provide an important framework for addressing the full spectrum needs of people living with a rare disease, the factsheet document attributed.

Moreover, The Goals target issues beyond health, including education, gender, work and inequality. Global institutions protecting human rights seek to address the health care challenges of people living with a rare disease. The Human Rights Council Resolution on access to medicines and vaccines recognises the importance of development, access and affordability of treatments for rare diseases.

The following legislation promotes social inclusion for people with a disability, including those whose disability is a result of living with a rare disease. The UN Convention on the Rights of People with Disabilities (CRPD) and the report of the Special Rapporteur on the rights of persons with disabilities to 73rd Session of the UNGA.

Significantly, Addressing the needs of people living with a rare disease is central to achieving the UN 2030 Agenda and its Sustainable Development Goals and its pledge to leave no one behind. To achieve this, we should move towards a strategy for universal health coverage (UHC) that addresses the needs of those living with a RDs.

The United Nations Office of the High Commissioner for Human Rights (OHCHR) stressed the need to address rare diseases within UHC in the annual report to the UN Economic and Social Council (ECOSOC). A hugely significant milestone has been reached with the inclusion of rare diseases in the political declaration on UHC adopted by all UN Member States, Such efforts of the rare disease community, led by EURORDIS, Rare Diseases International and the NGO Committee for Rare Diseases remarked.

Consequently, In order to tackle or cycle the challenges that people living with a rare disease and their families face every day, awareness campaigns should focus on bridging all the gaps in the coordination between medical, social and support services. WHO’s top priority is to help countries on the way towards universal health coverage on the concerned issues worldwide. It includes access to diagnosis and treatment for people who is suffering from RDs.

(Author: Trilok Singh is with CEO of YD Media).