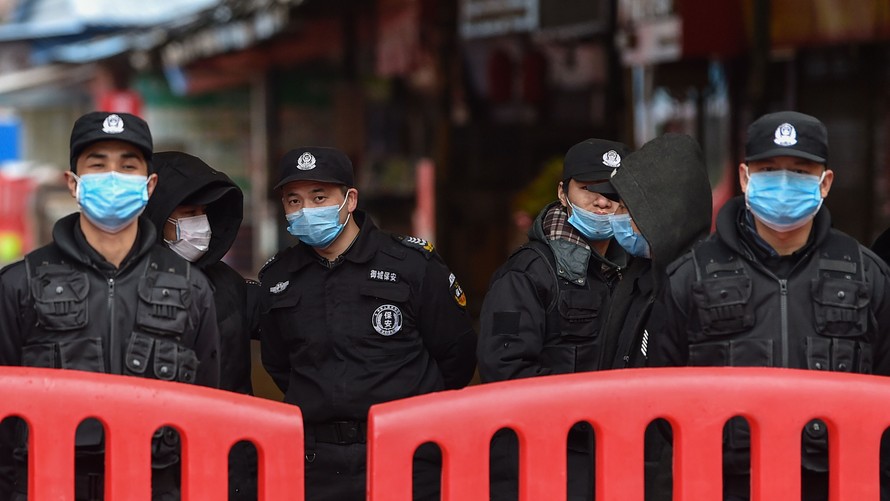 Meanwhile, IMF chief Kristalina Georgieva asserted at the meeting in the Saudi capital that, Global growth was poised for a modest rebound to 3.3 per cent this year, up from 2.9 per cent last year, The projected recovery is fragile,. The COVID-19 virus – a ‘global health emergency” has disrupted global economic activity in China and could put the recovery at risk, she mentioned in a statement.

Georgieva, I reported to the G20 that even in the case of rapid containment of the virus, growth in China and the rest of the world would be impacted. Alarm has been growing over the new virus as Chinese authorities lock down millions of people to prevent its spread, with major knock-on effects economically. The virus has now claimed 2,345 lives in China, cutting off transportation, disrupting trade and fanning investor alarm as businesses are forced to close their doors.

She told the two-day Riyadh gathering that the outbreak would shave about 0.1 percentage points from global growth and constrain China’s growth to 5.6 per cent this year. The IMF chief urged G20 nations to cooperate to contain the spread of the virus. Georgieva remarked that, COVID-19 is a stark reminder of our interconnections and the need to work together,. In this regard, the G20 is an significant forum to help put the global economy on a more sound footing.

Significantly, The World Health Organization (WHO) organised a global research and innovation forum on February 11-12 to mobilize international efforts to combat the deadly novel coronavirus outbreak. This will bring together key players in critical public health research and the development of vaccines, therapeutics and diagnostics, among other innovations. WHO Director-General Tedros Adhanom Ghebreyesus remarked.

Thus, WHO is playing an significant coordinating role through bringing the scientific community together to identify research priorities and accelerate progress at large. It is expected to produce a global research agenda for the novel coronavirus, setting priorities and frameworks that can guide which projects are undertaken first, which should lead to more efficient investments, high-quality research and synergies among global researchers.

Kang-Xing Jin, Facebook’s head of health, also mentioned in a post that the social media platform’s third-party fact-checkers are reviewing content and debunking false claims related to the coronavirus. Facebook is also removing content with false claims or conspiracy theories that have been flagged by global health organisations and local health authorities, particularly focusing on claims designed to discourage treatment or taking appropriate precautions.

As per the research, University of California researchers remarked that many of the bat viruses jump to humans through an animal intermediary. SARS got to humans through the Asian palm civet; MERS via camels; Ebola via gorillas and chimpanzees; Nipah via pigs; Hendra via horses and Marburg through African green monkeys. Nonetheless, these viruses still remain extremely virulent and deadly upon making the final jump into humans.

The new study by Brook, Boots and their colleagues was published this month in the journal eLife. Boots and UC Berkeley colleague Wayne Getz are among 23 Chinese and American co-authors of a paper published in the journal Eco Health that argues for better collaboration between United State and Chinese scientists who are focused on disease ecology and emerging infections.

Although, International Health Regulations (IHR) were agreed upon by the global community to improve the detection and reporting of potential public health emergencies worldwide. IHR (2005) requires that all countries have the ability to detect, assess, report and respond to public health events with potential spillover effects across borders. Under the same, once a WHO member identifies a potential event, it must assess the public health risks and notify WHO.

Consequently, A WHO-led international team of experts is now on the ground in China, working with their Chinese counterparts to find answers to some of the things we don’t know, including the severity of disease, the transmissibility of the virus and the impact of the measures that China has taken. It brings together leading experts from China and around the world, with a shared commitment to pooling their scientific expertise to better understand the outbreak and save lives.

Despite the same, In a statement issued by the Ministry of External Affairs, Government of India, spokesperson Raveesh Kumar added that, The precautions taken by India are in accordance with the WHO’s advisory about the outbreak of Coronavirus infection, which is a global public health emergency, the government had already responded to the needs of our Chinese friends, and allowed a one time exemption for the export of some items which had been restricted for export, he asserted on Feb 23.

(Author: Trilok Singh is with CEO of YD Media).