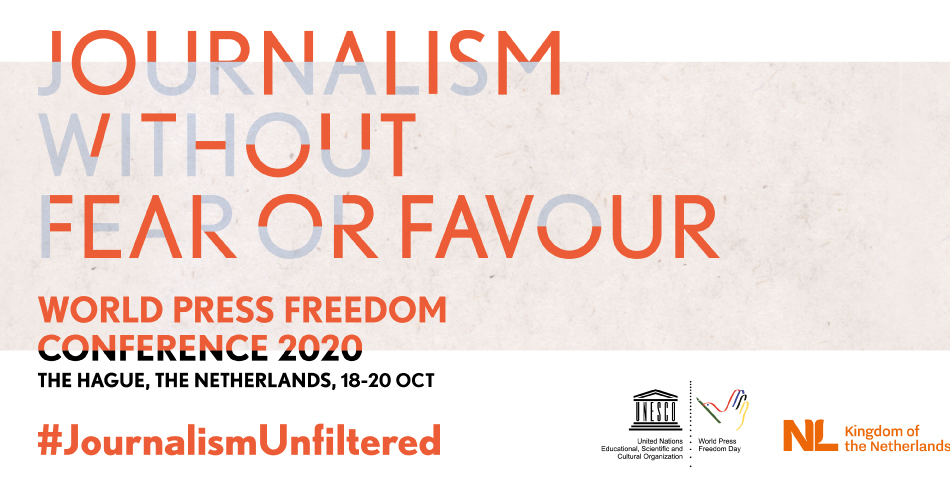 World Press Freedom Day popularly known as World Press Day is celebrated on May 3 each year. National and local celebrations for this day will take place around the globe, some in the form of online debates and workshops.

Historically, The Day was proclaimed in December 1993 by the UN General Assembly following the recommendation of UNESCO’s General Conference. Since then, 3 May, the anniversary of the Declaration of Windhoek is celebrated worldwide as World Press Freedom Day.

The Day is used to celebrate the fundamental principles of press freedom; assess the state of press freedom throughout the world; defend the media from attacks on their independence, and pay tribute to journalists who have lost their lives in the line of duty.

Journalists & media workers help us make informed decisions that could make the difference between life & death.

On #WorldPressFreedomDay, I call on governments to protect media freedom & support journalists so they can do their jobs throughout the #COVID19 pandemic & beyond. pic.twitter.com/mOwBDCxRMU

Meanwhile, As the COVID-19 pandemic spreads, it has also given rise to a second pandemic of misinformation, from harmful health advice to wild conspiracy theories. The press provides the antidote: verified, scientific, fact-based news and analysis, stated UN Secretary-General António Guterres. Whoever would overthrow the liberty of a nation must begin by subduing the freeness of speech, Benjamin Franklin stated.

Media has the power to inform and enlighten people. Media in India enjoy absolute freedom. We will expose, sooner than later, those surveys that tend to portray bad picture about “Freedom of Press” in India.#WorldPressFreedomDay

Minister of Environment, Forest & Climate Change; Information & Broadcasting; & Heavy Industries & Public Enterprises, ‘Prakash Javadekar’ stated that, Media has the power to inform and enlighten people. Media in India enjoy absolute freedom. We will expose, sooner than later, those surveys that tend to portray bad picture about “Freedom of Press” in India.

According to Amartya Sen, “The press should do what it can to minimise the abuse of power (self-scrutiny can help and so can competition), but we should also try to understand with clarity why and how press freedom can enrich human lives, enhance public justice, and even help to promote economic and social development”.

Significantly, UNESCO is launching a global campaign on media and social media channels, with a focus on “Journalism without Fear or Favour” in an increasingly complex media landscape. Join them on May 3rd for an interactive free live streamed event to celebrate World Press Freedom Day 2020.

The sub-themes for this year are:

Following the official inputs, May 3 acts as a reminder to governments of the need to respect their commitment to press freedom. It is also a day of reflection among media professionals about issues of press freedom and professional ethics. It is an opportunity to:

However, Freedom of the press or freedom of the media is the primary principle that communication and expression through various media, including printed and electronic media, especially published materials, should be considered a right to be exercised freely.

Every year, Reporters Without Borders establish a subjective ranking of countries in terms of their freedom of the press. Press Freedom Index list is based on responses to surveys sent to journalists that are members of partner organizations of the RWB, as well as related specialists such as researchers, jurists, and human rights activists.

Despite all of this, Ensuring the safety of journalists is the primary way by which we can foster the independence and freedom of the press, as crucial for democracy. Such a goal is also vital to ensure public access to information.

Author, Trilok Singh is with CEO of Youth Darpan Media and IASmind.